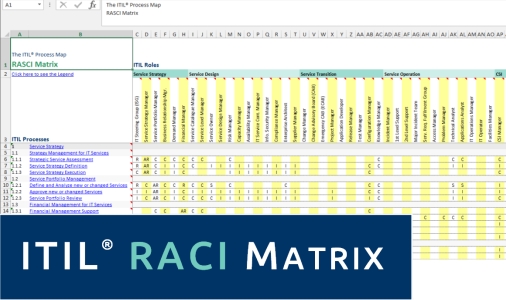 To see the RACI matrix in action, check out our video on the ITIL RACI matrix (4:19 min).

Note: The RACI matrix included in the ITIL® Process Map is aligned with ITIL V3. Since ITIL 4 is not prescriptive about processes, there is no official ITIL 4 RACI matrix, but in the YaSM Service Management Wiki we describe a leaner RACI matrix that is a good fit for ITIL 4 with its focus on 'just enough process and governance'.

Our ITIL RACI matrix comes in different formats, depending on the product platform: The Visio® version of the ITIL Process Map contains a RACI matrix in the form of an Excel table - this makes it easy for you to adapt the matrix to the specific needs of your organization.

The ARIS™ version contains an ARIS RACI matrix which updates automatically when roles are added to or removed from the process diagrams. 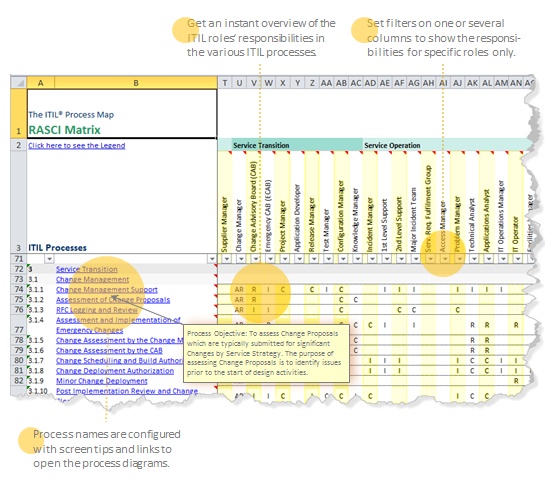 Setting filters on one or several columns allows you to easily create views of the ITIL RACI matrix showing the responsibilities for specific roles only.

The process names in the left-hand column and the role names in the top row of the ITIL RACI matrix (see figure) are configured with pop-up comments - which gives you instant access to brief process and role descriptions. If you need to know more about a process, a mouse-click will take you to the corresponding process diagram of the ITIL Process Map.

The RASCI matrix - an extension to the RACI model

The ITIL® Process Map uses a "RASCI matrix" to assign responsibilities to processes. RASCI is a variant of the RACI model, where "R" stands for Responsible, "A" for Accountable, "S" for Support, "C" for Consulted and "I" for Informed.

A RACI matrix, also known as Responsibility Assignment Matrix (RAM), describes the participation by various roles in completing tasks or deliverables for a business process. It is especially useful in clarifying roles and responsibilities in cross-functional processes.

The matrix is typically created with a vertical axis (left-hand column) of processes, and a horizontal axis (top row) of roles - as illustrated in the image above of the ITIL Process Map’s RACI matrix.

Platforms and implementations of the RACI matrix

The ITIL process model and the ITIL RACI matrix are available for several platforms, including Visio® and ARIS™ of Software AG (formerly IDS Scheer). For more details, select your preferred platform from our overview of product versions.

From the ITIL Wiki 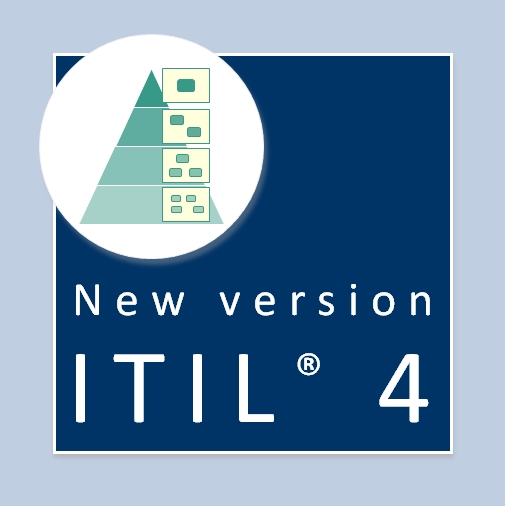 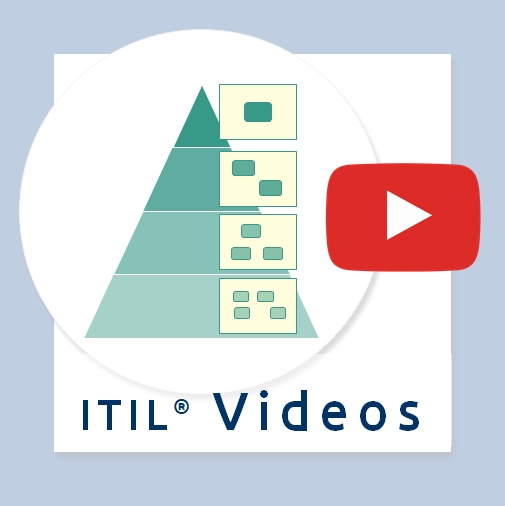 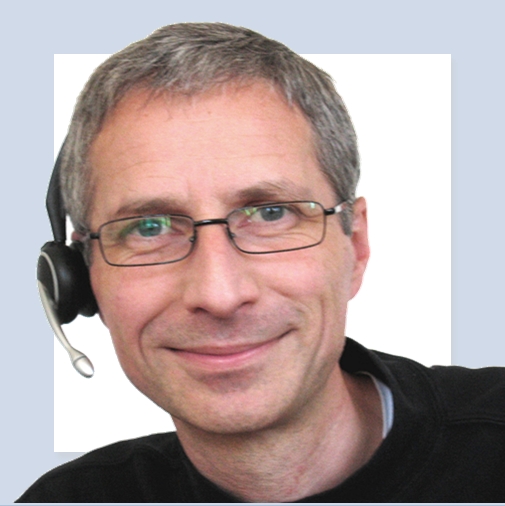 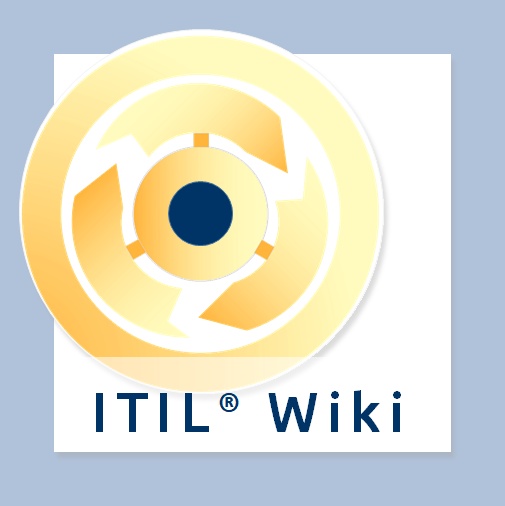 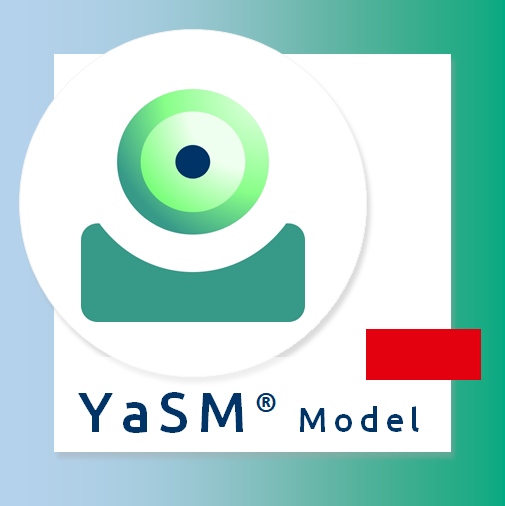 "These ITIL process models are terrific and have resulted in a significant jump start in the implementation and change management required for our IT section to achieve Best Practice."